Clash of the Titles’s Newest Gems

This November Clash of the Titles presents a fantastic selection of brand new books to check out.
Add an American classic, a biological science fiction with suspense, young adult, inspirational romance and Amish story to your to-be-read or Christmas wish list

When Mountains Move by Julie Cantrell

For most of Millie’s life, being free felt about as unlikely as the mountains moving. But she’s about to discover that sometimes in life, we are given second chances, and that the only thing bigger than her past … is her future.

Dark Biology by Bonnie Doran
Renowned vaccinologist “Hildi” Hildebrandt has set her sights on beating  her brother to a Nobel Prize, and the opportunity to conduct experiments on the International Space Station might just provide the means to obtain that goal. On Earth, Chet Hildebrandt will teach a lesson to his hot-shot astronaut sister, their philandering hypocritical father, and the CDC by releasing what he thinks is a mild influenza strain.

Edna in the Desert by Maddy Lederman
Edna is a spoiled, tech-addicted teen wreaking havoc at her Beverly Hills school. How can she survive a summer at her grandparents’ cabin, cut off from cell phone service, Internet and television? 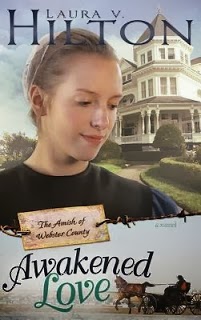 Awakened Love by Laura V. Hilton
He’s hiding from a cold-blooded killer; her Amish identity has been stripped away. Both must find a way to balance their hearts, their jobs, and their faith while risking their lives for another.

Happy autumn from your friends at
Clash of the Titles!
So, which is your favorite genre? Contemporary or historical?
YA or Women’s Fiction?
Please scroll, have a quick read, and vote on which you’d read first. We encourage you to share the contest on your social media sites. Spreading the word about an author’s latest novel is the best way to encourage her!
(Voting closes Wednesday, October 02, at midnight.)

Still reeling from the loss of his brother in Afghanistan, Calvin Greenlee pours himself into fixing his motorcycle and spending the rest of his time with his girlfriend, Stacey, who always has the right words to say. But when Stacey starts losing weight—a lot of weight—it’s clear she has problems of her own. Calvin is determined to cure her—but could that only push Stacey further into danger? 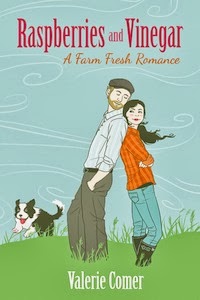 Outspoken advocate for local food Josephine Shaw moves onto a rundown farm with two friends to prove to the world that she can live sustainably, but a mouse invasion and the cute reluctant farmer next door test her resolve. Zach Nemesek is itching to get back to his easy life in the city, but a Border collie puppy and the woman next door make him wonder if he’s better off embracing God’s plan for his life…or running from it!

SNOW ON THE TULIPS

After the German occupiers kill her husband, the last thing Cornelia de Vries wants is to be involved with the Dutch Resistance. Wounded underground worker Gerrit Laninga brings nothing but danger to her doorstep – and the chance at love she thought had gone forever. 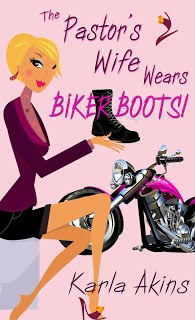 Pastor’s wife, Kirstie Donovan, lives life in a fishbowl, so when she hops on the back of a bright pink motorcycle, tongues start to wag at the conservative, century-old First Independent Christian Community Church of Eels Falls. Certain church members have secrets to hide, and when God uses Kirstie’s ministry to fill the pews with leather-clad, tattooed bikers, those secrets could be exposed, and some will stop at nothing to hide the truth. 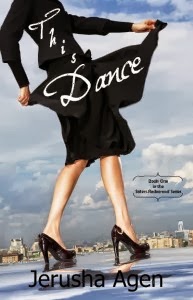 No love, no pain—no God, no games.

A tragedy three years ago destroyed Nye’s rise to the top of the dancing world as an upcoming tango star, making her shut out God and all emotional attachments that could lead to pain, but when a handsome lawyer and elderly landowner enter her new life to make her face the God she can’t forgive, will Nye learn to dance again?

Hi all! Once again it’s time to vote for the August 2013 Book of the Month for Fiction and Non-Fiction on The Book Club Network. The winner and two runners up (in each category) will be profiled in October’s edition of Book Fun Magazine. Vote for your favorite or vote at random but please vote.

It’s very simple to cast your vote. Simply go to Bookfun.org and scroll down until you see the two voting areas on the right-hand side. Check the box beside your favorite Fiction and Non-Fiction title and click “Vote” at the bottom of the list. Your vote goes a long way to helping the authors selected and gives them a lot of exposure. Please take time to vote today. It only takes a second.

Voting is limited to one vote per member for each category. The list for this month’s Fiction and Non-Fiction titles are listed below.